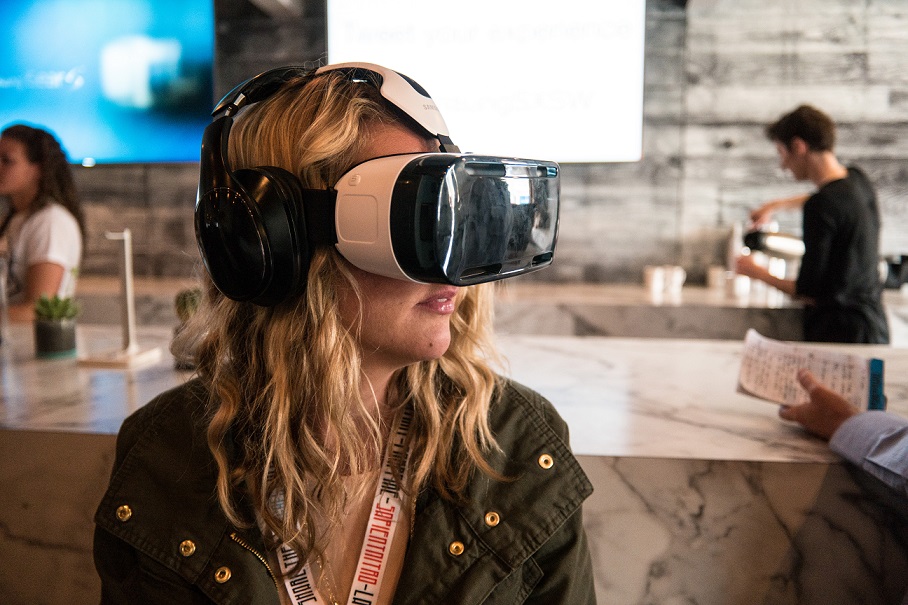 Netitude Partner News: Surface Pro 4 is on the way

Virtual Reality (VR) has long been in the realm of science fiction and news stories saying it might now become an actual reality have been going for almost as long.

So we don’t actually have the Star Trek Holodeck but we are steadily getting closer and all you need now are some rather bulky plastic goggles strapped to your face which are entirely different from the bulky plastic goggles from the early nineties. Alright so they haven’t changed much but the capabilities have grown exponentially with technology and when mixed with augmented reality software there are some pretty impressive systems out there.

One of the most commonly talked about is the Oculus Rift system which recently opened up pre-orders and is now on backorder for 4 months. Ostensibly a gaming device it got a lot of coverage from Youtubers with development versions showing off its features. Its other big plus point is the easy conversion from 2D to 3D so re-engineering existing games and software is a fairly painless process. More recently other manufacturers like Microsoft and the Taiwanese mobile phone maker HTC are releasing their own versions of the hardware on the back of the publicity work and popularity generated by Oculus.

Microsoft’s version, the Hololens, goes one step further than the traditional motion-sensitive screen that adjusts to your head movements by also integrating the hardware with augmented reality software similar to the niche apps available to smartphones.

The Hololens offers a 3D view of an object-based within the real world with the computer adjusting the angle of the object based on your position in relation to it. In practice, this means you could be looking at a virtual cup of coffee on a table and walk around it as if it were a physical object in the room. Move closer or further away from it and it will appear larger or smaller as if it were really there. Technical demos have even shown users interacting with the virtual objects, manipulating shapes and changing colours all with a gesture in the air as well as multiple users viewing the same object at the same time.

This system doesn’t even require the high-spec computer you might expect. When a computer ‘renders’ a 3D object the entire object is generated, unless the software is particularly sophisticated, even the parts you can’t see at the time. To generate only the parts you can see takes as much power to simulate and calculate what you can see as just producing the entire model at once. In practice, this means that for the Hololens showing that model to multiple viewers in different positions isn’t much more complicated than for a single viewpoint.

Can VR be used in business?

The power of this technology, especially for creative industries, can’t really be understated. More and more businesses are turning to tech such as video-conferencing and group meetings to work collaboratively on projects while potentially being physically separated by thousands of miles. Now with VR making such headway, it’s not unreasonable to predict a point where a group can project virtual representations of themselves into an empty room and work on a project with the subtleties of gesture and connection that is taken away by the lens of a camera.

Science Fiction and Futurism are routinely passed off as the impossible and ‘would never happen’ but there is also the often overlooked element of hope within them. By looking at the opportunities inherent within technology we open up a new world where the impossible can become the routine. For the naysayers I offer a few final words; powered flight, aerial combat, robotics, genetics, cloning, televisions, computers, the internet and creatures living beneath the surface of Mars were all in science fiction first, give it time.

Netitude Partner News: Surface Pro 4 is on the way

Teach a Man to ‘Phish’