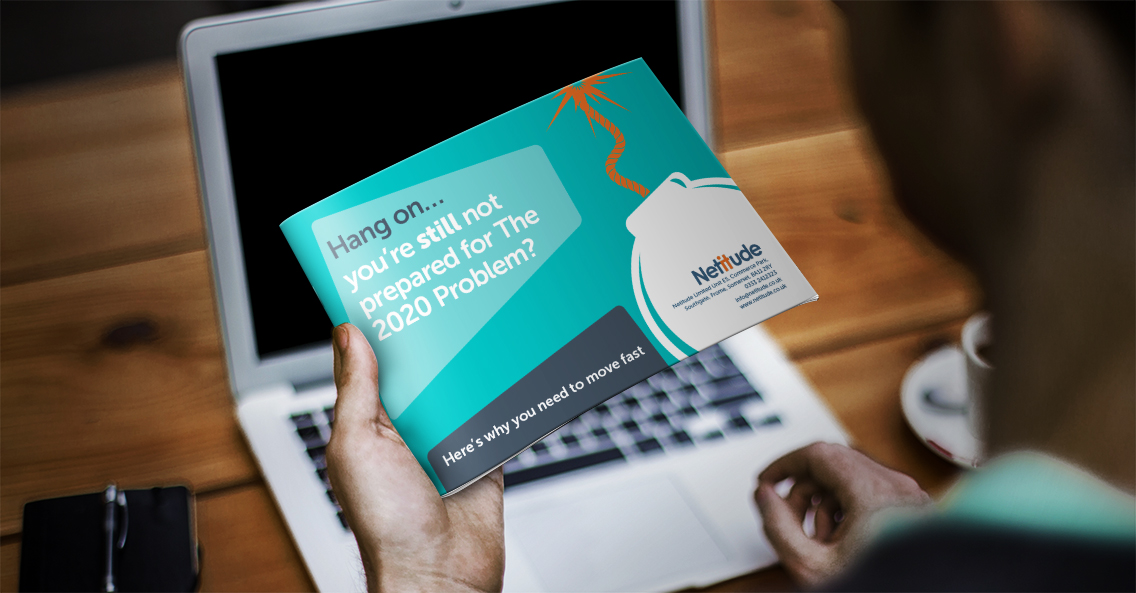 What is IoT? | Blog | Netitude Ltd

How prepared are you for Windows 7 End of Life? | Blog | Netitude Ltd

This promises to be an exciting decade for technology, with predictions ranging from flying cars and holidays to the moon, to paper-thin mobile phones – we’ll let you decide which is more likely… It’s going to be a time of great change. Which is one of the reasons why Microsoft has been so keen to phase out its old software in favour of more up-to-date, 2020-compatible software. Windows 7, Windows Server 2008, Office 2010 and a whole host of other important software is being laid to rest on January 14th. This is what’s known as The 2020 Problem.

Why is this so bad?

The bad news about that is, if you’re still using this old unsupported software, you’re now running your business on borrowed time. And it’s not like we haven’t put out warnings regarding the problem throughout 2019… We all know that updating your operating systems won’t be cheap and could take months to properly implement – with the long waiting list of other businesses that left it until the last second!

But it is necessary – we’ve seen first-hand the impact that failing, unsupported software can have on an organisation. Once the software is no longer supported by the maker (in this case Microsoft), it can be a real pain trying to keep it working properly – and an expensive one at that!

What will happen if you don’t update your business software?

Things may seem like they’re running fine for a little while, but every day that you don’t update your systems, you are becoming more vulnerable. The withdrawal of support from Microsoft means you’ll no longer have any security patches or updates, which makes you a sitting target for hackers.

Nobody will be able to perform security updates, help you fix bugs, identify risks or provide technical support for any new or existing problems. This leaves the door wide open for cyber criminals to exploit loopholes without anyone closing them. With the estimated cost of downtime coming in at around £192 per hour, we’re guessing that techy problems are not the way you want to start your year.

Your business will no longer be GDPR compliant if you use out-of-date software, which means your client’s data is at risk of being exposed. Subjecting you to BIG fines.

While the ICO has only imposed a few fines so far, now the legislation is in its second year. And the team in charge of data breaches are really finding their feet. Organisations that fail to get their houses in order are being made examples of. So if you still refuse to follow the advice and get your systems upgraded, you can count on problems ahead.

Contact us today for a no-obligation conversation about how to stop your business from becoming a casualty of The 2020 Problem.

What is IoT? | Blog | Netitude Ltd

How prepared are you for Windows 7 End of Life? | Blog | Netitude Ltd

What is Multi-Factor Authentication?