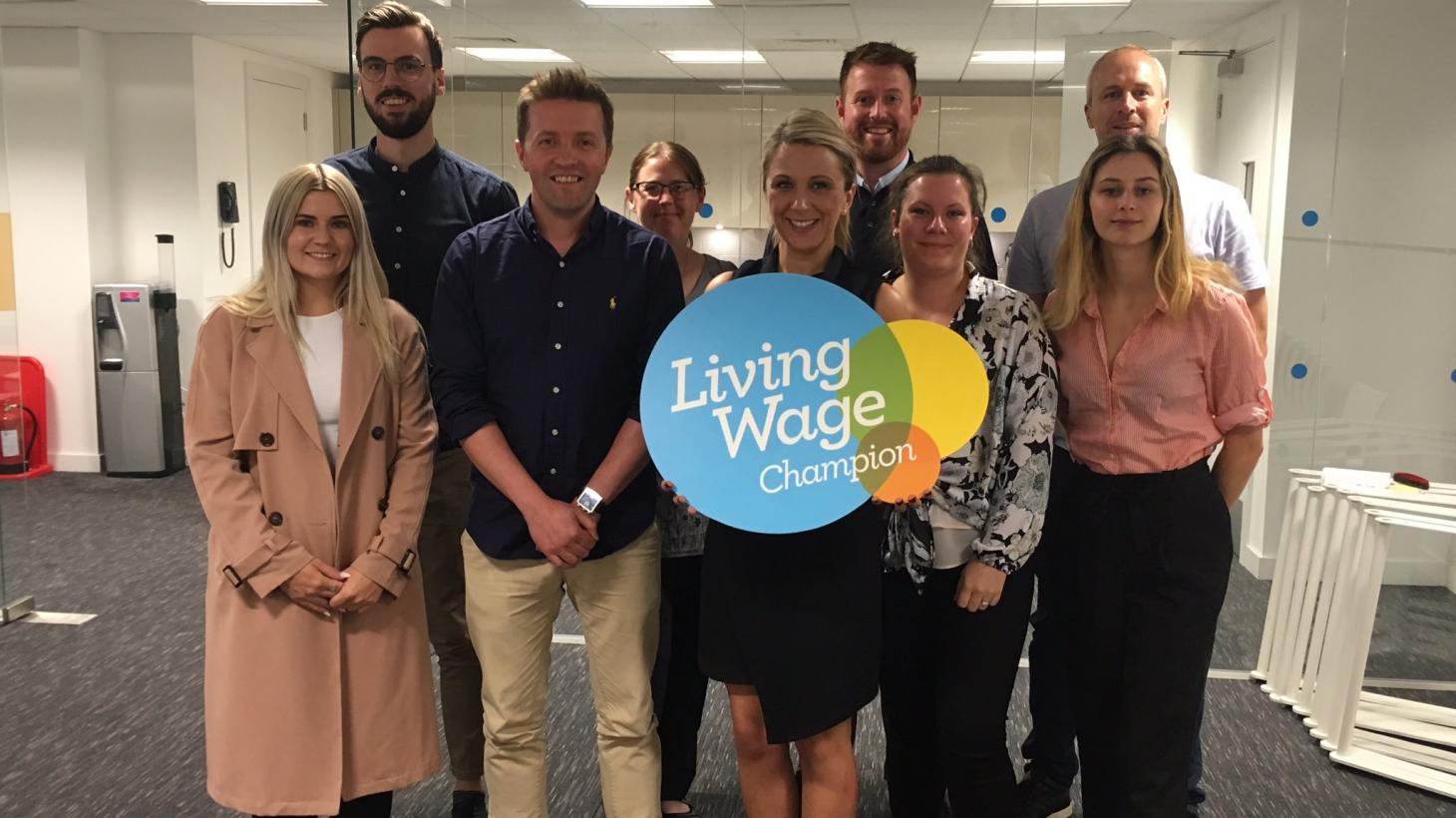 This month, the Living Wage Foundation has launched the new Living Wage Tech Champions network. The group consists of representatives from across the network of accredited Living Wage Employers in the tech industry, including household names like Moneysupermarket Group, fast-growing digital firms like Feefo, and many other tech businesses from across the UK. Here at Netitude, we’re proud to be involved too!

What is the Living Wage?

The Living Wage campaign is an independent movement of businesses, organisations and people who believe a hard day’s work deserves a fair day’s pay. Employers choose to pay the real Living Wage on a voluntary basis as it provides an ethical benchmark for responsible pay. The current real Living Wage rates are £9.00 per hour in the UK and £10.55 per hour in London.

Around six million employees in the UK earn below the real Living Wage. That’s nearly a quarter of the country’s workforce and includes nearly a third of women working in the UK. As a result, two-thirds of children in poverty have a parent in work.

There are over 210 accredited Living Wage Employers in UK tech. However, the industry is lacking in large accredited employers (over 500 employees), with just seven currently signed up to the scheme. As an industry currently experiencing high levels of growth and investment (in 2018, UK digital tech investment reached £6.3 billion, more than any other European country), it’s hoped that more leading employers will become accredited with the Living Wage Foundation, ensuring their direct and contracted staff earn enough to get by.

In an ever-growing and diversifying industry such as tech, which increasingly relies on the insecure gig economy for staff, low-pay can often be hidden. Three-quarters of catering assistants in the UK earn below the Living Wage, while the same is true for two-thirds of both cleaners and elementary admin staff, nearly a half of taxi drivers, and over a third of van drivers.

What does it mean to be a Tech Champion?

The Champions network leads on from the great work of the Living Wage in Tech Leadership Group, which previously advised on the overall strategy and direction of the Foundation’s outreach in the tech industry. These new Champions will now be flying the flag for the Living Wage across the industry and within their regions and networks.

“We’re very excited to be bringing together such an enthusiastic group of employers who understand the very real problem of in-work poverty. They’ll be setting an example to the rest of an industry where there is still a great deal of low pay.”

“I’m really excited to be working with the Living Wage Foundation, chairing the Tech Champions network. As a group, we’re working to encourage more tech companies to become accredited as Living Wage Employers. Since our organisation became an accredited Living Wage Employer in 2017, we’ve become a more people-centred business. Our absences have reduced by over 50%, staff turnover is down by 85%, recruitment costs have reduced by around 90% and staff morale has improved.”

“We’ve been apart of the Living Wage Foundation for the last 3+ years and have seen the benefits it gives our staff. We are very proud to promote the Living Wage and are keen to see more adopt this standard.”

“We are a social bunch who enjoy a wide variety of different activities outside of work. Being Living Wage accredited gives us the financial security to make the most of our time off, which means we are ready and motivated to be the best we can be at work.”

Amy Coombes, Assistant to the Directors at Netitude said:

“It makes me proud to be able to tell people I work for a Living Wage employer; it’s an attractive quality and makes employees feel valued, in turn lowering absences and staff turnover whilst increasing motivation. By being a part of the Living Wage Tech Champions group I hope we can promote the true cost of living and encourage engagement within the industry.”

Who are the Living Wage Tech Champions?

To find out more about the real Living Wage, and how to become an accredited Living Wage Employer, click Living Wage, or contact Sam Hepher, Programme Manager at the Living Wage Foundation, at sam.hepher@livingwage.org.uk.

Netitude Staff In the Media

Why is Cyber Security important?

8 tips for success with Microsoft Teams